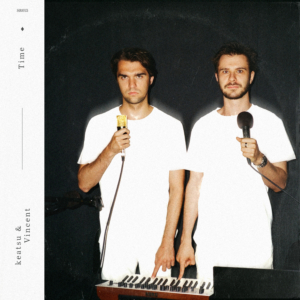 The song “Time” is an oneiric journey full of reflection on the existence, passing and drawing from the present moment, in which we are taken by keatsu and Vincent – artists from the Gdańsk Seagull Ross label.

The stubbornly repeated, characteristic piano motif that leads the listener through the time zones of the single “Time” and the accompanying voices of keatsu and Vincent put the listener into a hypnotic trance and do not want to let go of it easily. Echoes of the inspiration of Nick Cave or Thom Yorke are heard here and evoke good associations. The music video, reminiscent of a dream, made by the artists themselves, completes the whole picture perfectly.

keatsu – Maciej Kuc, songwriter, vocalist and producer, who has already released the well-received singles “Serce” and “I like This Song”, included in the debut EP “Boil” with a guest appearance of the Spanish singer Sandra Iris.

Vincent – Marcin Wincenciak, singer, songwriter; his EP “Vincent” resulted in a performance at the already cult Soundrive festival, taking place in the Gdańsk shipyard. The debut album also received good reviews from critics. Jagoda Kudlińska from the band LOR appears on the EP as a guest in the song “Mój Dom”.